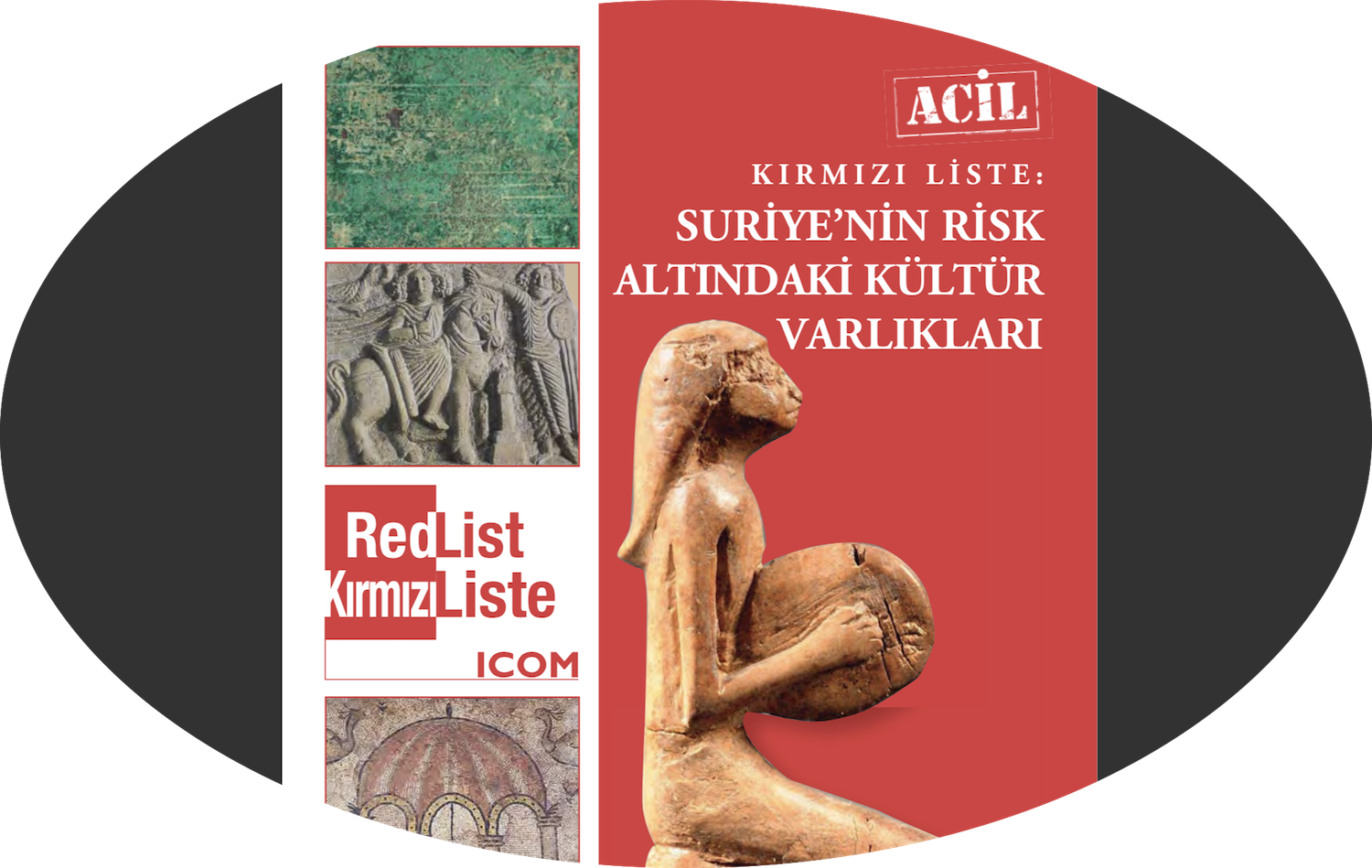 The illegal trade in art and antiquities is a source of significant harm to every country’s cultural heritage. Smuggling and illicit trafficking in cultural objects is a very complex and multidimensional issue that involves not just the plundering of museums and historical sites, robbery, and unauthorized excavations but also illegal exportation, importation, sales, and auctions and even the production of fakes.

One of the outcomes of international efforts to protect cultural properties and to combat the illegal trade in them is the series of “ICOM Red Lists”. It will be useful to have a brief look at the purpose and functions of these lists.

One of ICOM’s (International Council of Museums) highest priorities is supporting the fight against illicit traffic in cultural goods and one of the ways that ICOM does this is by publishing “Red Lists”, a database of the types of cultural goods that are deemed to be the most vulnerable to illicit traffic. These lists are made available to national police and customs authorities by INTERPOL and the World Customs Organization as well as to museums, auction houses, and galleries. They are intended to help users identify the kinds of artefacts etc that may have been stolen or smuggled so that they can be confiscated and returned to their rightful owners if an attempt is made to sell them illegally. 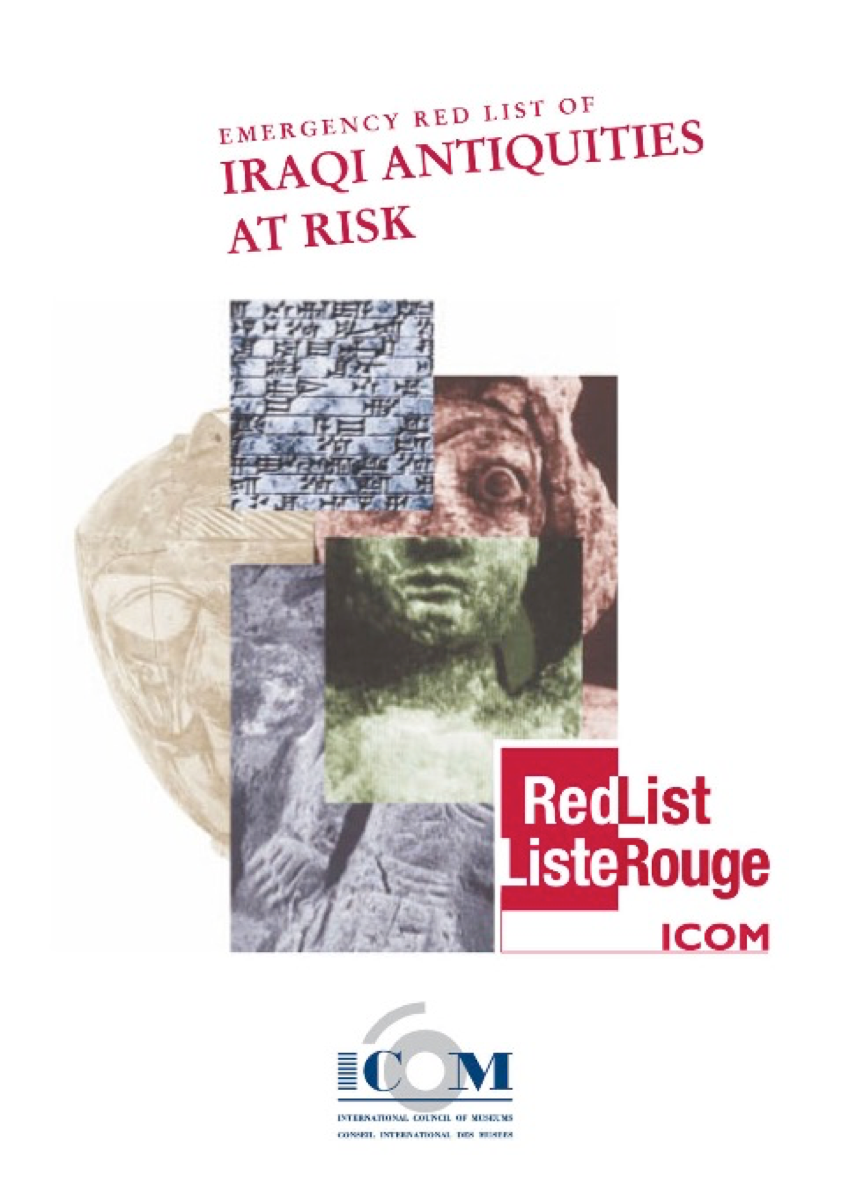 A couple of examples will show how the ICOM’s Red List databases work and can be successful. One such list is the Red List of Afghanistan Antiquities at Risk. Thanks to this list, more than 1,500 stolen antiquities (whose aggregate weight amounted to 3.4 tons) were identified and seized by British customs officials between 2007 and 2009 alone. All of these objects were sent to the National Museum of Afghanistan in Kabul.

Another example is the Red List that ICOM publishes for Iraq, a country that has suffered more than most from the plundering and smuggling of its cultural properties. Indeed so dire is the situation in Iraq that its Red List was the first to be assigned ICOM’s “Emergency” designation.

Thirteen artefacts of Mesopotamian origin conforming to types identified in the Emergency Red List of Iraqi Antiquities at Risk were seized when an attempt was made to bring them into France. It was ascertained that these objects had been removed illegally from archaeological sites in Iraq which had been subjected to serious plundering for a decade. The objects were returned to Iraq in 2012. 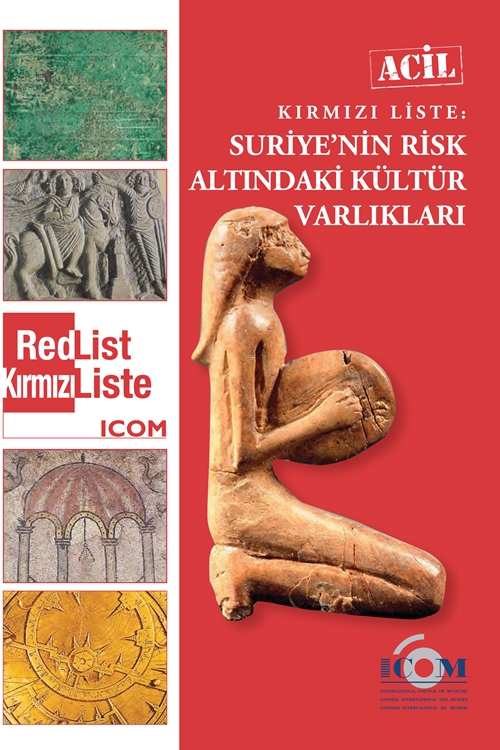 During the decade that had passed since the original publication of Emergency Red List of Iraqi Antiquities at Risk, the situation in the region had so worsened that ICOM found it necessary to publish an update to the list for the first time in 2015. This update still bears the “Emergency” designation. Because Iraq and Turkey share a common border, the 2015 update was also published in Turkish as well.

How many ICOM Red Lists are there? 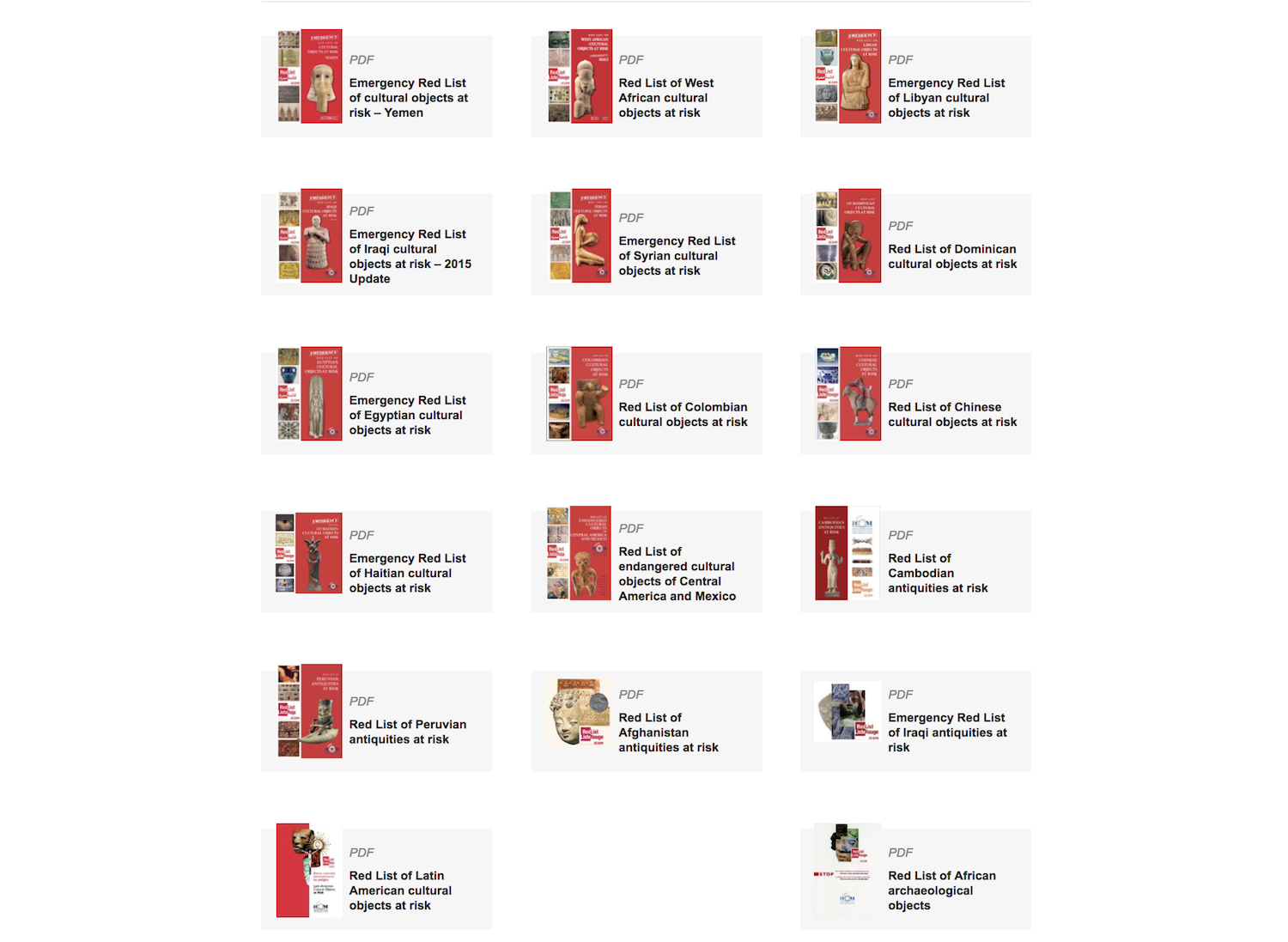 Of course, these lists are not enough to combat the illicit trade in cultural properties all by themselves. What’s also necessary is cooperation at the international level, compatible legal frameworks at the national level, and greater public awareness and engagement at all levels. Practical mechanisms and tools for combatting illicit trafficking are likewise vitally important

That said, ICOM Red Lists make a big contribution to the protection of humanity’s cultural heritage by virtue both of their very existence and of their huge national and geographical footprints: