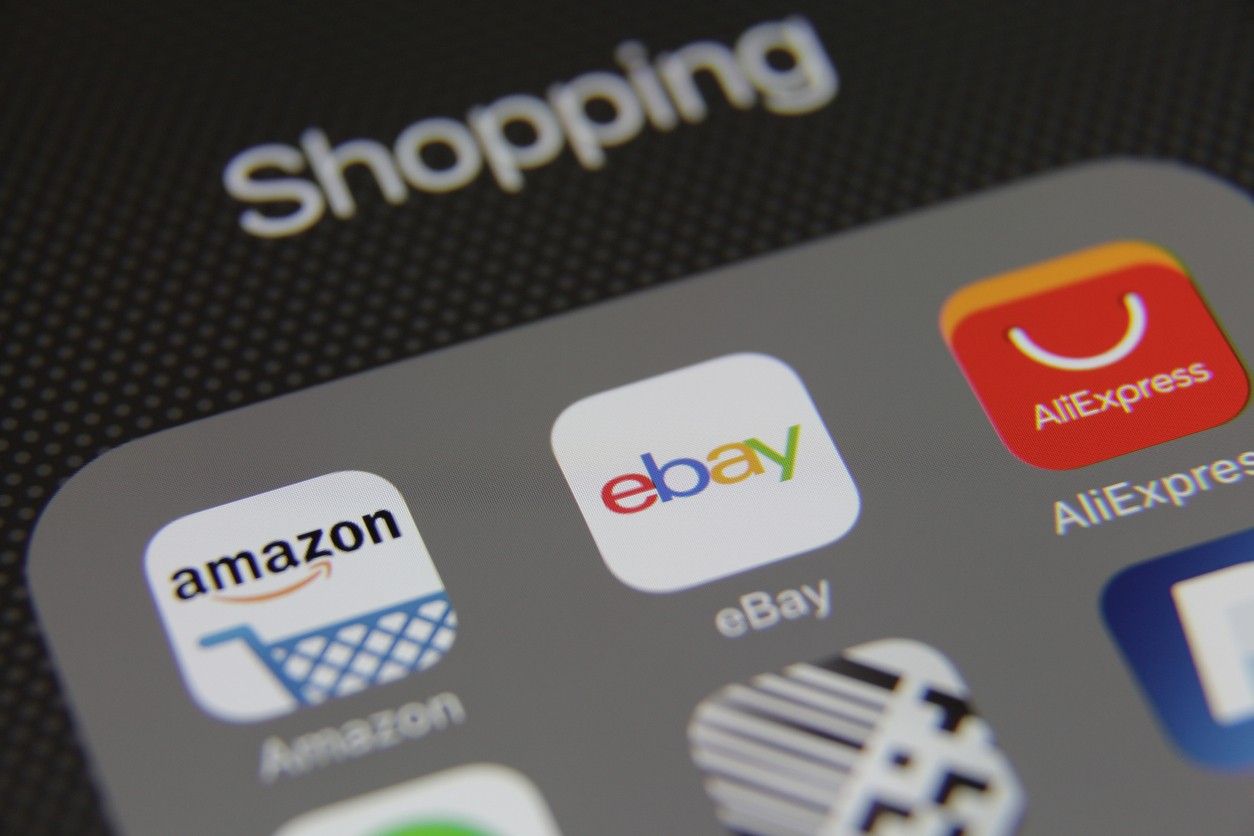 Fifteen years after the Baghdad museum was ransacked, artefacts of Iraqi origin are still being sold openly on the internet

Fifteen years have passed since US armed forces occupied Iraq in 2003. In April 2018 we also marked the fifteenth anniversary of the “live-from-Baghdad” broadcast of the looting of the National Museum of Iraq while the whole world watched.

The American occupation led to countless human dramas and to profound problems that have grown steadily worse with the passage of time. Somewhere among the wreckage that the occupation left behind also lies the matter of protecting of Iraq’s cultural heritage.

Its establishment spearheaded by the British archaeologist Gertrude Bell in the 1920s, the National Museum of Iraq once housed a matchless collection of objects witnessing the progress of human civilization in the heart of Mesopotamia since the Upper Paleolithic 40,000 years ago. This museum, one of the world’s most important archaeological repositories, was both haphazardly and systematically plundered while troops of the US-led coalition stood by and watched. Individuals who may even have been “filling orders” for international buyers are also thought to have been involved.

The assault began on 10 April 2003 and continued for two days. All told, more than fifteen thousand objects were stolen from the museum. In response to an international outcry, action was taken to prevent further pillaging and about eight thousand of the stolen objects were eventually recovered. That leaves at least seven thousand items that are still unaccounted for however.

A trafficking culture nourished by conflict

The events of April 2003 were not the first time they were attacked to Iraq. The illicit trade in antiquities had been a problem for many decades and in 1974 a ban was imposed on the removal of any works of Iraqi provenance from the country. When the UN Security Council passed resolution 661 reaffirming the imposition of sanctions on Iraq in 1990, the trade in any archaeological works of Iraqi provenance was also declared illegal. Neither international resolutions nor domestic legislation were capable of preventing the pillaging of museums and archaeological sites in Iraq during the Gulf War nor of frustrating the subsequent trafficking in the resulting loot for many years afterwards.

Dr Neil Brodie, an archaeologist known for his research into the illicit trade in cultural objects, reached a similar conclusion as a result of his efforts to track down Iraq-originating loot at world-famous auction houses in London and New York.1 Auction catalogues published by such prestigious names as Sotheby’s, Christie’s, and Bonhams included an increasingly greater number of unprovenanced Mesopotamian cylinder seals and cuneiform-inscribed objects beginning in the 1980s. Not only was the UN Security Council resolution ineffectual, such sales continued to increase in the early 2000s, only to drop off sharply after 2003.

At this point it’s worth recalling two important events that took place in 2003. One of them of course was the ransacking of the National Museum of Iraq in April of that year. At a time when global news media were awash with accounts and images of the looting, when the US government felt obliged to respond by initiating an investigation, and when a concerted international effort to recover the stolen objects was taking shape, openly putting up unprovenanced works that were clearly of Iraqi origin wouldn’t have seemed a very smart thing to do. The lifting of the UN Security Council’s trade sanctions on Iraq was another contributor to the process because even though the sanctions were removed, trade in archaeological material taken out of Iraq after 1990 was still prohibited.

That said however, the market for antiquities did not disappear: all that happened was that its rules changed. Along with marking the arrival of a new millennium, the early 2000s witnessed a worldwide surge in computer use and internet access and a proliferation of websites of every kind. The antiquities market simply kept pace with the times. Sellers abandoned reputable auction houses in droves in favor of online marketplaces that were subject to no oversight whatsoever and were difficult to keep track of. This was never truer than in the case of works of Iraqi origin.

eBay and the millennium period

For eBay, an online auction website that was founded in 1995, the early 2000s were a period of rapid expansion in which its salable item categories expanded beyond “collectible” to include just about everything. In the process, the company became one of the fastest-growing successes of the “Dot-Com Bubble”. For those who had antiquities to sell and were looking for new places to sell them, eBay presented a golden opportunity. Online sales of seals, coins, jewelry, and similar small-but-valuable items–many of whose provenance was uncertain–proliferated. Before long the market began spilling over into online sites other than eBay as well.

On the other hand, eBay and similar online auction sites were not without their disadvantages. For example buyers could never be absolutely sure that the things they were looking at weren’t fakes. Buyers had no recourse but to trust the seller and his word. If an item that a seller claimed was inherited from his grandfather was in fact an extremely successful copy that had been fabricated just a week earlier, there was no way for the buyer to be any the wiser aforehand. In the case of items from Iraq however, such risks seem not to have hampered the market very much: if anything sales of them continued to grow.

An example from the 2000s cited by Neil Brodie in his paper on this subject will be enlightening. In 2006, just three years after the National Museum of Iraq was ransacked, there were 55 websites offering a total of 225  unprovenanced works that were clearly of Iraqi origin on just a single day.2 When he repeated his survey two years later, Brodie found that the market had grown indeed: there were 72 websites offering objects of this nature and the number of items on offer had more than doubled to 472.

However much their trafficking had been prohibited by UN Security Council resolutions and Iraqi laws, sellers had discovered an easy way to circumvent the ban: while items of Israeli, Syrian, and Iranian origin were regularly identified as such, those of Iraqi origin were labelled as “Mesopotamian” instead.

The virtual market in antiquities that matured in the 2000s continues unabated today. The retailing websites that eBay pioneered in the late 1980s continue to thrive. In an article by Sigal Samuel published in The Atlantic on the occasion of the 15th anniversary of the pillaging of the National Museum of Iraq, the author notes that “ancient Mesopotamian objects” can be bought online from websites like Live Auctioneers and Trocadero and are being openly offered at prices ranging from 40 to 400 US dollars.

Samuel also quotes Oya Topçuoğlu, an archaeologist at Northwestern University, who says that while most of the items listed on Live Auctioneers are being sold out of London, it’s also hard to prove that they’re loot from the National Museum of Iraq because many of the stolen items had never been inventoried or numbered. “None of the things I’ve seen on Live Auctioneers–and I’ve looked at approximately 2,000 seals that were offered over the last 10 years–have museum numbers on them” says Topçuoğlu, who adds “But the other thing is, you’re really limited to what the seller puts up on the website as a photograph. You don’t have the option to turn it around and look at it from every imaginable angle.”

In the same article, Samuel also quotes Iraqi archaeologist Abdulameer Al-Hamdani, who notes that many of the low-priced artefacts for sale on line may actually be real and not fakes at all: “These Iraqi antiquities are very cheap because people want to get rid of them. Maybe because they don’t have documentation for them.”

It’s no secret that ISIS and other groups have been exploiting antiquities as a source of revenue ever since the start of Syria’s civil war. Now in the second decade of the 21st century, the internet continues to provide unlimited opportunities for the illicit trafficking in objects stolen from Iraq and Syria. Items displayed on sites such as eBay can easily be haggled over thanks to apps like WhatsApp, Skype, and Kik Messenger. To protect themselves against accusations of facilitating illegal transactions, online retailers’ terms of service require sellers to be truthful when providing provenance information but the fact is that there’s no real way of telling whether such information is accurate or not.

What is certain is that an extremely adaptable and nimble black market continues to find buyers for items whether they have been stolen from the National Museum of Iraq or not. This market exploits every opportunity provided by state-of-the-art technology and so long as it does so, it seems unlikely that either national or international agencies will ever succeed in suppressing the trade so long as they limit themselves to “traditional” methods. For this reason, a good starting-point in the effort would be to understand the market’s constantly-evolving dynamics. Adopting resolutions and passing laws is not enough: there also needs to be an effective political will to enforce them. A concerted effort to deal with illicit trafficking by overcoming the ways that individual countries’ laws and regulations fail to mesh with one another would also be helpful.