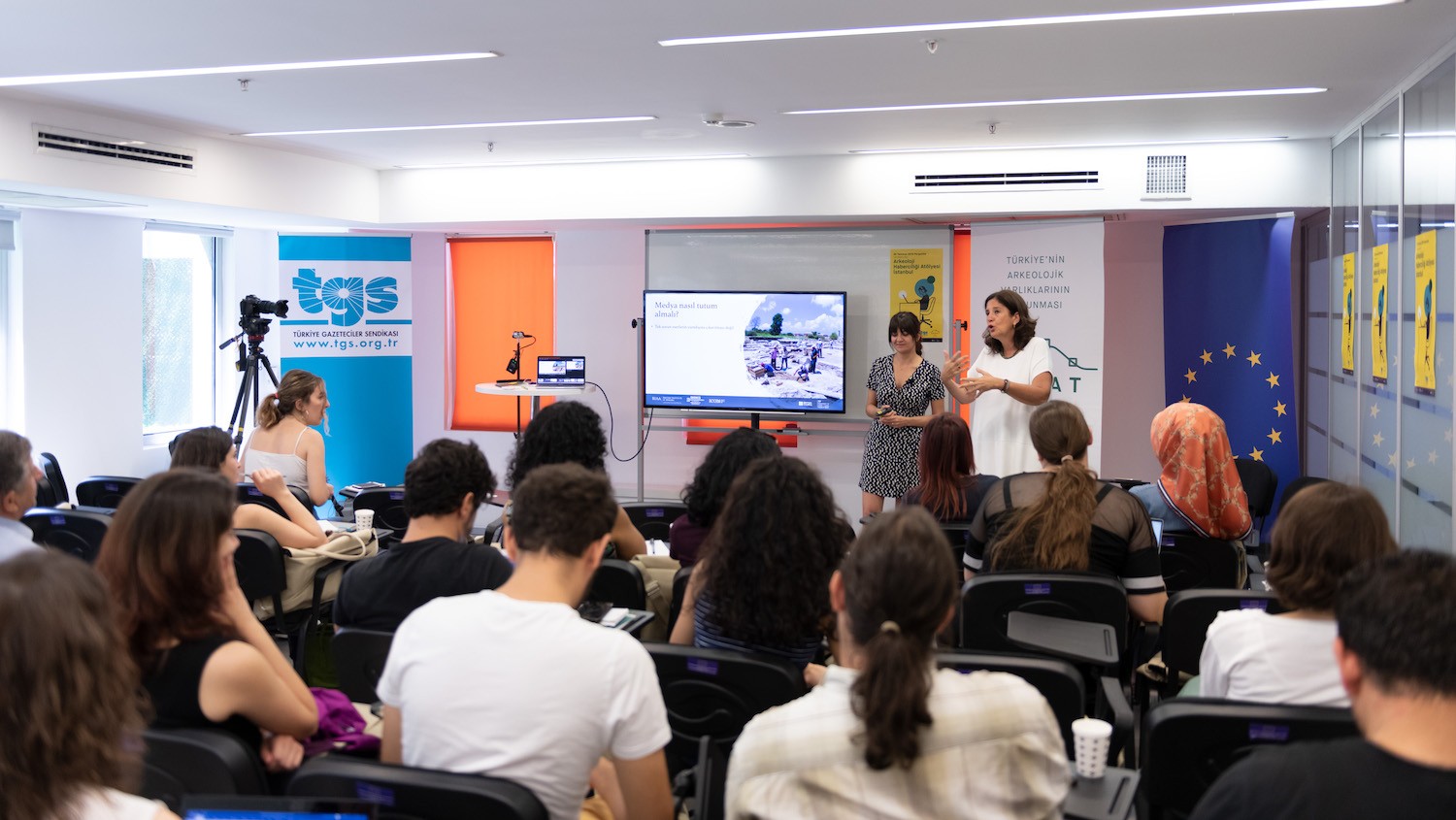 "One Must Access the Right Source in Archaeological Reporting "

* This article has been published first on the Bianet news website by Asmin Ayçe İdil Kaya, who attended the Archaeological Reporting Workshop for Journalists organized by SARAT Project. It is republished here with the permission of the author. For the original: http://bianet.org/bianet/egitim/211029-arkeoloji-haberlerinde-dogru-kaynaga-ulasilmali

Under the scope of the Safeguarding Archaeological Assets of Turkey (SARAT) Project, Journalists' Trade Union of Turkey's TGS Academy hosted a workshop on "archaeological reporting" on last Thursday.

Journalists from newspapers and news web sites in Istanbul discussed topics such as “how archaeological reporting should be like, and how to prevent insufficient and inaccurate information” at the workshop.

The following issues were underlined at the workshop in the context of archaeological reporting:

*Do not pass a definite judgement on these issues in the social media.

*Insufficient and in accurate information may lead to loss of perspective.

*Providing background information is important for achieving better effects on the local and regional level.

After the workshop, we discussed "archaeological reporting" with Gül Pulhan, the coordinator of the SARAT Project led by the British Institute at Ankara and Nur Banu Kocaaslan, the project's media expert.

Saying “I had observed before where journalists have problems,” Pulhan provided the following information about the project:

“Journalists have trouble with verifying a piece of information, especially in a short space of time, and also tend to mix up some archaeological terms.

We also published small booklets so as to provide you with accurate information, amidst the tons of data you may encounter over the internet.

“You cannot prevent a catastrophe …”

We also organized the online 'Certificate Program for Safeguarding Archaeological Assets'. This program was created as follows: We saw how museums were pillaged in Iraq and Syria and certain artefacts were wilfully demolished; people didn't know what to do. After all that, people working in the protection of cultural heritage started to think what kind of measures they can take. You cannot prevent a catastrophe, but you can make sure that such events lead to less damage. This created a new field of work.”

The media expert of SARAT Project, Nur Banu Kocaaslan indicated that she had previously worked as a news reporter and editor, covering topics such as urban and environmental issues and archaeological cultural heritage, and added:

“Once I wanted to pen a follow-up news story about a restoration project. I called an archaeologist that I was acquainted with, and asked ‘Can you explain this project to me?’ He responded that it was quite a complex issue requiring expertise, and sent me a list of readings.

I had planned to write a story in just two hours, but ended up with a list of readings that would take at least a month. In short, it is not so easy to report on this topic, which should be handled with care.

“Reporters must ask for opinion from archaeologists”

I don't think that journalists have any bad intention. Journalists sometimes think that what appears on the surface is the truth, but things may be different underneath. This is an area which requires some information and expertise. We are not saying that archaeologists should not write about archaeology, but rather that, they should ask for expert opinion from archaeologists before penning a story.”